Our big unboxing event was this past weekend, on December 3rd, and turnout was amazing!! All told, a good 150 or so community members turned out to watch the carousel as it was pulled from it’s long sleep inside two vintage trailers. Sandpoint’s local paper, The Daily Bee, was there for the scoop. Read the full article here »

The Carousel of Smiles seems to be catching on!

During our grand unboxing this past weekend in Sandpoint, Idaho, The Spokesman-Review was there to share the story with its readers in the Spokane, Washington area.  Check out the full story here »

With the grand unboxing of The Carousel of Smiles right around the corner, the Daily Bee, Sandpoint’s local newspaper, has picked up our story. Read the full article here »

The Carousel of Smiles is generating a lot of buzz around town as yet another Sandpoint area publication,The Reader, gives us some press! We are feeling more and more that the long journey to Sandpoint was worth it! Read the full story here »

The Golden Age of the Carousel,1870-1930, was a time when art and the industrial revolution coalesced, as immigrant artisans and industrialists created nearly 4,000 incredible wooden carousels. Names like Looff, Dentzel, The Philadelphia Toboggan Company (PTC), M.C. Illions, Spillman and Herschell rose to prominence.

During the 1950’s, interest in carousels and county fairs had waned, and many once great machines were destroyed or discarded, more of a bother than something to be cherished. According to Bette Largent of The National Carousel Association, only 152 operating classic wooden carousels now remain.

Every time a carousel goes to the auction block, those animals are never to be brought back together again. So people who hang on to intact rides are very important. They protect an important part of American Heritage.

The 1970’s brought a renewed interest in the carousel arts, especially the hand carved horses and animals. Though some machines were resurrected and preserved intact, most of those not remaining in operation were broken up; the individual horses and parts sold piecemeal, forever losing those icons of American Culture. 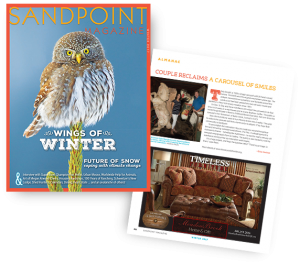